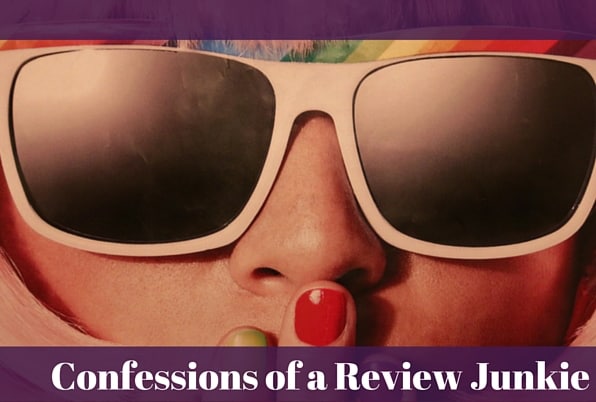 “I got you the $80 crutches because they had much better reviews than the $70 crutches,” my friend Herb told me on Black Friday, 2015.

I sprained my knee on Thanksgiving. It was a particularly bad sprain, and all I did was reactivate an old injury. It was excruciating and embarrassing.

Worse still, I did it in front of a bunch of house guests. We were having a “friendsgiving” party, and they all watched me mess up my knee by just stepping on it wrong. I hobbled around for the rest of the night, not realizing how bad it was– or realizing that I was making it worse.

By Friday morning, I knew I wasn’t going to recover easily. I limped around the house, cleaning up plates, cups, and cans. It was painful and exhausting. I spent the rest of the day in bed, and the pain got worse. I was immobile. I called my friend Herb, and he immediately went to Walgreens to get me crutches, a brace, and Ace bandages.

When he told me why he chose the crutches he did, I laughed. That was such a Herb thing to say. He is obsessed with reviews.

If a non-comedy (comedy is too subjective and critics are often wrong, he says) movie has less than an 80% rating on Metacritic, he won’t waste his time. He’s careful with both his time and his money, and reviews help inform his decisions.

Within our friend group, his fixation on reviews is a constant source of amusement.

As I slowly lurched around the house on my new crutches, I realized I’m the same way. I’m obsessed with reviews. Maybe you are, too.

How We Interact with Reviews

It’s kind of an amazing coincidence that I ended up working for a review-based, reputation management software startup. I never even thought about my review obsession and how it pertains to my job until I messed up my knee.

Of course, I’m not alone. BrightLocal’s recent survey/study showed a whopping 80% of consumers trust online reviews as much as they trust traditional word-of-mouth recommendations.

For my fellow millennials (snake people), I’m willing to bet this number is a little higher, even.

I’ve loved online reviews ever since I had internet access. In 1997 or so, I would use my half hour per day of internet time (dialup had some weird constraints) to read people’s thoughts on comic books, CDs, TV shows, and other pop culture items. Tomorrow People was tight, though

I would write them myself, too. On my own Geocities website, and in the guestbooks of other such sites. Those guestbooks often functioned as a pseudo-comments system, and allowed us to produce our own user generated content (UGC). I was 13 when I started.

I’m in good company, too.

I liked how ReferralCandy phrased it:

This is a new phenomenon. The democratization of publishing has resulted in more good stuff and more crappy stuff, and navigating that can involve a complex system of curation, voting and sharing. Generally, most of the good stuff rises to the top.

Pre-snake people used to ‘verified’ content may be predisposed to shun ‘unverified’ UGC. It’s pretty understandable why; they grew up in a time where the best content was provided reputable publishers. Anything without that assurance of quality was automatically suspect.

It’s not hard to figure out why. The means of production were relatively limited then, and it was hard if not impossible for hobbyists without publishing deals to create great work that could compete with established artists, writers, etc.

In contrast, snake people are comfortable navigating the murky space of UGC- because they’re the ones producing the content! Also, people are much more tied to their social profiles than ever before. It’s easier to couchsurf at a stranger’s place when you can see pictures and reviews from other strangers, relevant Facebook profiles, etc.”

ReferralCandy based their analysis of off this UGC infographic from Crowdtap:

There are a lot of interesting numbers there and statistics there, such as the fact that we trust peer reviews as much (slightly more, according to the numbers) as we trust professional reviews.

When I’m visiting another city, I check Google, Yelp, and TripAdvisor reviews for restaurants and bars. I always take some of the more vitriolic negative reviews with a grain of salt, of course (as consumers tend to do), but they’re a good way to know what I might encounter in a strange land.

We seek out reviews from our peers, because they can tell us what to expect. We don’t want to get burned, and reviews function as a sort of fireproof insulation.

More importantly, online reviews let you know that you have a voice– as a business owner, as a consumer, or both.

In that quote I cited from ReferralCandy, you might notice the word ‘democratization” was mentioned in the first sentence. If you’re like me, you like getting a word of mouth recommendation (or a “stay the hell away, for the love of God”) from someone you relate to. Professional reviewers don’t always meet that criteria. Oftentimes, we see them as detached and out-of-touch. It’s why I don’t always trust Pitchfork’s review of a punk album. For example, in this Iron Chic review, Ian Cohen goes out of his way to talk condescendingly about punk and disassociate himself from it. To me, this reads as untrustworthy and inauthentic, especially when he’s reviewing one of the best bands in modern punk.

I’m much more likely to trust Matt’s review of the same album at PunkNews.org. Not to say he’s not professional– but I consider him a peer, and I know he understands the band and the genre. To me, he is authentic and trustworthy when it comes to this record.

listen for yourself, if you want (warning: contains a couple swears)

Matt and Ian basically gave the album the exact same score (speaking to its quality), but I trust Matt much, much more.

You can find the voices you trust and, what’s more, you can be the voice someone else trusts.

The aging film critic in New York City isn’t the only alternative for a young movie lover in Nebraska, anymore. You can find reviews from people who aren’t totally removed from your own tastes and life experiences. Sometimes we have to work to find the voices we find authentic and trustworthy– whether that comes from a Yelp review for a sports bar, or music blog review for a new album.

When I was barely 18, I moved to Boise from the much smaller town of Idaho Falls. I worked at a local Hastings. As an employee, I received a huge discount on used CDs. And, as it turned out, the Boise Hastings had a much larger stock than the Idaho Falls Hastings.

I was still dirt poor, but I could afford around 30 used CDs (they were that cheap) per paycheck. How did I sort the wheat from the chaff?

I took recommendations from our music manager, Jason, and used reviews from allmusic.com. In fact, I’d stay up late into the night, in my unfurnished apartment in the alley behind a furniture store, reading those reviews.

Thom Jurek’s review of Blue Öyster Cult’s Tyranny and Mutation changed my life. He let me know of BÖC’s connection to punk, which is something no other reviewer had done. I instantly became a BÖC fan, and pored over Thom’s reviews. He let me in on a lot of amazing records and opened a whole new world of music to me.

I’d often read reviews of CDs I’d already purchased, too, because reviews can function as conversations. I still do this all the time, with the movies and TV shows I watch, the music I buy, and other assorted products that suck money from my wallet like a capitalist vampire.

This is important, simply because our friends don’t always share all of our interests. When I was 18, I could read a review of a Blue Öyster Cult, Hawkwind, or Wipers album to see what someone else thought of it. My friends weren’t really interested in those bands, so reviews helped me engage even more with the musical experience. They gave me more to think about.

If you don’t know anyone else who’s used a product or service you purchased, online reviews from people you trust fill the conversational void.

To me, at least, that’s extremely valuable. I also think it’s a big part of the reason so many people watch and engage with YouTube reviews.

From MediaKix, citing a Google report:

“60% of all the age groups questioned confirmed they would buy a product or service from a brand endorsed by a YouTuber creator.” Among 18-24 year olds—a key buying bloc—a whopping 62% say that they trust endorsements from popular YouTubers.

“YouTubers” or popular YouTube vloggers (video bloggers) have become the tastemakers who shape the lifestyle aspirations for today’s younger generation and online consumer. More and more, snake person consumers are turning to YouTube for advice and reviews on what to purchase. In turn, YouTube is rolling out new features to make it easier for viewers to make those purchases.”

If you look at the comments on most any YouTube review, you can see many users who watch these reviews have already purchased the product:

Those comments are from a review of green tea flavored Kit Kats. Many people who have already tried the product want to leave their own $.02 and join the conversation.

They’re seeking out people with similar interests and experiences, just like you and I do all the time.

Whether we realize it or not.

Our Review Obsession, Your Business

People care about online reviews, even if they’ve never left one before in their lives. I work for RevenueJump, and I don’t have a Yelp account. In fact, I’ve written exactly one online review in my 31 years on this planet. In 2014, Idaho Cab asked me to leave them a Google review. I use their cab service frequently, and they know me by name. They went on a long tangent explaining the Google review process to me, even though I used Google+ daily for work at the time.

They had to explain it, because most people don’t use Google+, or what’s now effectively just Google reviews, on a daily basis.

I cared enough to leave them a review, but I wouldn’t have done it if they hadn’t asked me. I felt like they deserved my endorsement, because they’d taken good care of my over the years.

Here’s my review, which took me all of ten seconds:

Even if your customers have never left a review, they still use online reviews and understand their importance. Sometimes, leaving a review on a site like Yelp or Google might seem too formal and scary, even for a generation whose entire lives are immersed in user generated content.

I spoke with Picky founder Landon Hobson about this barrier to entry back in January.

Not everyone is as obsessed with online reviews as my friend Herb and I, but most people use them as part of their buying process. They demand authenticity, and they’re already immersed in the world of online reviews. They’ll be happy to contribute.

If you’re consistently delighting your customers, there’s no reason you should be left behind.